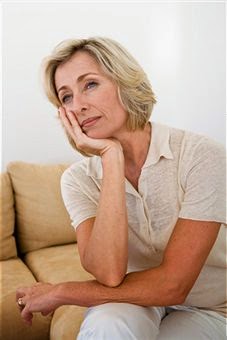 “When will I reach menopause?” This is a question many women contemplate, says women’s health expert and pharmacist, Marla Ahlgrimm. While there is no predetermined age at which a woman will enter menopause, certain factors may accelerate it, says Ahlgrimm.

Q: What does the term “early menopause” refer to?

Marla Ahlgrimm: The average age for menopause in the United States is 51. Generally, most women experience menopause between the ages of 40 and 60. Early menopause usually refers to cases where menopause starts before the age of 40.

Marla Ahlgrimm: Studies have shown that women who smoke are likely to start menopause one to two years earlier than women who don’t. Smoking does a lot of damage to ovaries, and that can lead to early menopause.

Q: What does early menopause mean for a woman’s health?

Marla Ahlgrimm: The most obvious concern is the end of her fertility, but there are other health worries too. Losing estrogen earlier than normal can put her at increased risk for heart disease, osteoporosis, Parkinson’s-like symptoms, depression and dementia.

Q: Is it possible to predict one’s menopause age?

Marla Ahlgrimm: Other than avoiding smoking, there’s probably not much you can do to influence the age at which you’ll start menopause. But if you’re over the age of 45 and skip at least three periods in a row, you’re going to move on to menopause relatively soon.
Posted by Marla Ahlgrimm at 4:37 AM