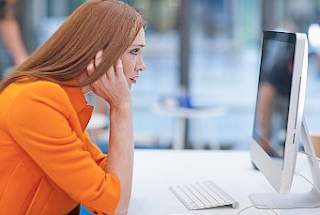 HPV, or human papilloma virus, is, according to Marla Ahlgrimm, the most widespread form of sexually transmitted disease in the US. Approximately eight out of 10 women will contract at least one form of HPV throughout their lifetime.

Marla Ahlgrimm: The human papilloma virus is a blanket name for more than 100 different types of viruses, 40 of which are passed via sexual contact. It is estimated that approximately 79 million people – including 80 percent -- of all women currently have or will have an HPV incident.

Q: How is the human papilloma virus spread?

Marla Ahlgrimm: HPV, along with other sexually transmitted diseases, are spread via contact with the sexual organs of an individual who is infected. HPV may be spread between the sexes or among partners of the same sex and direct contact with sperm is not required. Further, HPV may be spread from a pregnant woman to her baby during the childbirth process.

Q: What are the most common symptoms of HPV?

Marla Ahlgrimm: Many individuals display no symptoms, which is why regular Pap testing is so important. Those who do display symptoms may have cauliflower-shaped growths in the pubic area. These are called genital warts and can be diagnosed by a visual exam.

Q: What are the side effects of HPV?

Marla Ahlgrimm: Untreated human papilloma virus can result in cervical cell changes that can lead to cervical cancer. Other cancers that are related to HPV include those that affect the penis, vulva, throat, and tonsils.. A rare but sometimes fatal condition known as recurrent respiratory papillomatosis is possible. During pregnancy, a woman with HPV may trigger changes in genital warts that result in blockage of the birth canal. In this case, a cesarean section may be necessary.
Posted by Marla Ahlgrimm at 3:30 PM