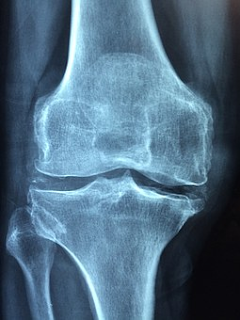 Osteoporosis is a disease of the skeletal system. According to Marla Ahlgrimm, it literally means porous bone. Osteoporosis can cause bones to become so weak and brittle that a fracture can occur with little to no impact. The condition is sometimes referred to as a “silent disease” because there are typically no symptoms in the early stages of bone loss.

While osteoporosis affects men and women of all races, Marla Ahlgrimm points out that Caucasian and Asian women are at the highest risk. Body size, age, and family history are also factors that determine a woman’s risk. Unfortunately, there is no cure for osteoporosi, although it might be preventable for some women. Through a diet and exercise program that replenishes the body’s natural calcium stores, many women can reduce the effects of bone loss throughout their lives.

A lifetime of bone health

Calcium needs change during one’s lifetime. Naturally, the body’s need for calcium is greater during childhood and adolescence, while the skeleton is growing rapidly, and also during pregnancy and breastfeeding. During these times, Marla Ahlgrimm notes that a woman will need between 1000 and 1300 milligrams per day. Women between the ages of 19 and 50 require 1000 milligrams of calcium per day, while women over the age of 70 require 1200 milligrams per day.

Vitamin D is important to calcium absorption as well, says Marla Ahlgrimm. The body cannot absorb calcium without Vitamin D, which comes from two different sources: diet and direct sun exposure. Likewise, exercise plays a significant role in the prevention of osteoporosis. Muscles and bones become stronger with weight-bearing and resistance exercises such as walking, swimming, jogging, and lifting weights.

Marla Ahlgrimm reports that smoking is not only bad for your lungs and heart, it is also bad for your bones. Female smokers typically have lower levels of estrogen and enter menopause earlier. They also absorb less calcium from their diets. Alcohol may also be damaging to the skeleton, and Marla Ahlgrimm says this effect is often even more pronounced in young women. Heavy drinking can lead to bone loss and fractures due to poor nutrition and the increased risk of falling. Medications such as glucocorticoids, certain anti-seizure medications, and cancer treatments can also lead to a loss of bone density.

Marla Ahlgrimm stresses that the most effective way to battle osteoporosis is to prioritize whole health from youth onward.