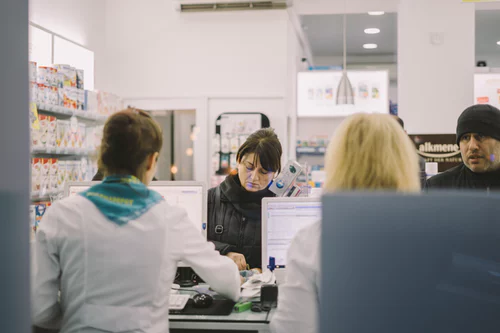 If you have ever wanted a career in pharmaceuticals, you are in luck, says Marla Ahlgrimm. The author, entrepreneur, and retired pharmacist says there are many opportunities to work in medicine, no stethoscope required. But more than just counsel at your local pharmacy, pharmacists today have options.

According to Marla Ahlgrimm, a clinical pharmacist often works in a hospital setting. They walk side-by-side with their patients’ physicians to come up with the most effective treatment option. They determine which drugs have the most acceptable side effects and what medications won’t have negative interactions with one another. A clinical pharmacist typically has a Doctor of Pharmacy degree and completes a full two-year residency.

Marla Ahlgrimm explains that an industry pharmacist works with researchers to help bring new and more effective drugs to the marketplace. Many people in this position work an internship or fellowship program during college.

A hospital pharmacist is similar to a clinical pharmacist, says Marla Ahlgrimm. However, a pharmacist working at a hospital may have a more hands-on role with their patients. They might, for example, prepare IV solutions and administer ointments or creams. They are also responsible for supervising pharmacy technicians during the drug preparation stage before medications are dispensed to patients.
Posted by Marla Ahlgrimm at 8:37 AM