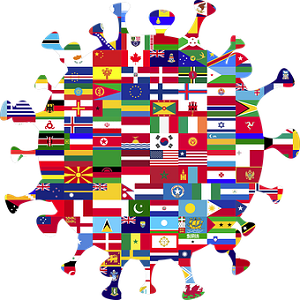 In light of our recent health crisis, it is easy to forget that many of us have actually lived through other pandemics and epidemics. According to Marla Ahlgrimm, some of these have had an even greater death toll than COVID-19. Here, the retired women’s healthcare expert shares insight on a few from recent history.

In 1957, the world fell into chaos when more than 1.1 million people grew ill with what became known as the Asian Flu. Like the coronavirus, Marla Ahlgrimm reports that the Asian Flu came from China, and it was an unexpected blend of avian flu strains. 116,000 people died in the United States. The primary difference was that, because it was a combination of known strains, it was easier to develop a vaccine.

With an estimated 35 million deaths since 1981, AIDS continues to be an ongoing pandemic. Caused by the HIV virus, AIDS transferred from primates to humans sometime in the 1920s. Today, there are 40 million people in the world living with AIDS. According to Marla Ahlgrimm, science has made it possible to live a long and healthy life after an AIDS diagnosis, whereas it was formerly a death sentence. Emerging medicine has actually cured two patients of the disease as of 2020.

H1NI, or the swine flu as it became known, claimed an estimated 575,000 lives, and, unlike the coronavirus that we’re dealing with today, primarily affected people under the age of 65. Today, the annual flu vaccine always includes markers for the H1N1 strain. It’s believed that seniors had enough immunity from similar strains that they were not as affected by this particular virus, Says Marla Ahlgrimm.

The Ebola virus, which can’t be cured, was first discovered in the Republic of Congo in 1976. It shares similarities with today’s coronavirus as it’s believed to have originated with bats. Marla Ahlgrimm explains 2014 to 2016 was especially bad for Ebola in west Africa, with more than 11,300 deaths.
Posted by Marla Ahlgrimm at 2:56 PM