One of the first things we put on each morning after our shower is a pair of underwear. According to Marla Ahlgrimm, however, not all panties are created equally. And, they may not even be necessary all the time.
Marla Ahlgrimm explains that underwear is meant to protect the vagina, specifically the vulva, from irritation while wearing clothing. Women who wear tight jeans, for example, can prevent chafing by wearing underwear with a cotton liner. In this capacity, panties are an invaluable asset to a woman’s wardrobe. But, are they always necessary? And what’s the best kind of underwear for a woman’s health?
Marla Ahlgrimm says that underwear does not have to be worn all the time. In fact, the women’s healthcare expert asserts that it is often in the best interest of women to sleep “commando.” This allows for air circulation and can help reduce the possibility of yeast infections. Underwear may also not be necessary when wearing non-restrictive clothing, such as cotton pants or long dresses. 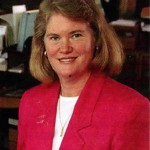 Many questions also arise around the style of underwear that’s best. While most experts, including Marla Ahlgrimm, agree that cotton and other natural materials are the healthiest, style matters very little. Boy cut, high-waisted, and thong undergarments are all popular, and none necessarily pose a health risk. The one exception here is thong underwear that is too tightly fitted. This can occasionally introduce bacteria from the anus to the vagina.
Ultimately, the type of underwear a woman wears and how often she wears them is a matter of personal preference. A good rule of thumb is that tightly fitted clothing necessitates a barrier between the body and the skin. Nighttime should be underwear-free, and Marla Ahlgrimm stresses that women should pay close attention to their body when deciding how to choose undergarments.
Posted by Marla Ahlgrimm at 10:19 PM