Marla Ahlgrimm: Health Concerns Every Woman Should Be Aware Of 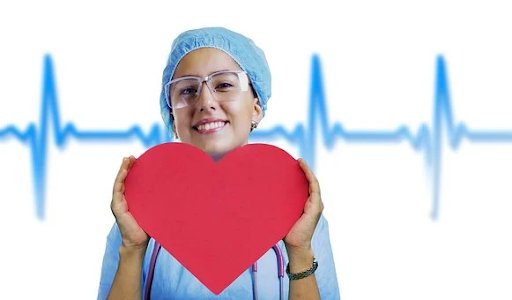 While men and women are equally at risk of becoming sick or injured, Marla Ahlgrimm says that women should pay attention to signs of any of the following:
Heart Disease.
Heart disease is easily the top cause of death for females. And, unlike men, women may not experience the typical symptoms. Women are more likely to notice vomiting, shortness of breath, or nausea. Although chest pain is also common in women, it is often chalked up to heartburn, especially when accompanied by nausea. According to Marla Ahlgrimm, lower estrogen, higher blood pressure, and elevated cholesterol put women at a higher risk of heart disease after menopause.
Stroke.
More than 50,000 more women experience strokes than their male counterparts each year. According to Marla Ahlgrimm, there are two types of stroke: ischemic and hemorrhagic. An ischemic stroke happens when a blood vessel becomes blocked, which then inhibits blood flow to the brain. A hemorrhagic stroke is bleeding in the brain. Signs of a stroke include speech aphasia and numb fingers and toes. Women who are pregnant and also have preeclampsia are at a greater risk of stroke.
Diabetes.
Diabetes is common in both men and women, says Marla Ahlgrimm. However, some women may experience gestational diabetes. This happens in approximately 3% of all women, and it’s triggered by elevated glucose levels. Unfortunately, gestational diabetes can result in difficulty with the birthing process as it can cause an increased fetal size.
Maternal Health Problems.
The act of carrying a life in your womb for nine months is hard on the body, says Marla Ahlgrimm. As such, the retired women’s healthcare entrepreneur and pharmacist says that women should pay close attention to their bodies throughout pregnancy. Anemia, high blood pressure, fatigue, and other issues may indicate a problem with mom or child. Marla Ahlgrimm says one of the best ways to sidestep potential health problems during pregnancy is to maintain a close relationship with a gynecologist or obstetrician.
Urinary Tract Infections.
If you have never felt the burning and discomfort of a UTI, Marla Ahlgrimm says there’s a good chance you will. Women have shorter urethras, meaning bacteria can reach the bladder quicker. A urinary tract infection is typically treatable with antibiotics.
Breast Cancer.
Marla Ahlgrimm says that breast cancer is the second most prevalent type of cancer in women. In fact, all women have around a 12% chance of developing this serious disease at some point. Monthly examinations, 3-D mammography, and gene testing can help you determine your risk or catch cancer early when it is most likely to respond to treatment.
Alzheimer’s Disease.
Alzheimer’s disease is a heart-wrenching condition that affects women more often than men. Marla Ahlgrimm says that there are many reasons women experience this type of cognitive decline, and it could be because of a longer lifespan, hormones, or genetics. While no one can guarantee that a healthy lifestyle will completely eliminate the chances of Alzheimer’s, Marla Ahlgrimm says it will help. She explains that eating a healthy diet and keeping your brain active can also help maintain your cognition levels throughout your lifetime.
Osteoporosis.

Osteoporosis is common for postmenopausal women, says Marla Ahlgrimm. However, not taking care of your bone health can lead to frequent fractures, especially of the spine. Marla Ahlgrimm explains that increasing your calcium, maintaining a healthy weight, and eliminating drugs, alcohol, and cigarettes from your diet can help.
Ultimately, Marla Ahlgrimm says that women are more susceptible to the above diseases than men. However, keeping yourself healthy and maintaining an open line of communication with your healthcare providers is a smart way to monitor your overall health and wellness and give your best chance at avoiding a serious health condition.
Posted by Marla Ahlgrimm at 12:33 AM