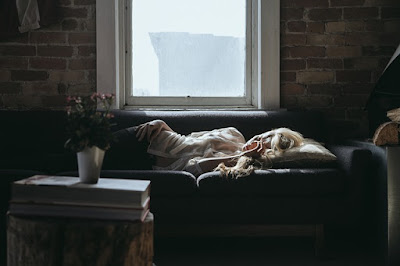 Restless leg syndrome (RLS) is a neurological disorder that affects roughly 7.5 million adults in the United States, according to health advocate Marla Ahlgrimm. RLS affects a person in many ways but most bothersome is its interference with natural sleep patterns. According to the RLS Foundation, restless leg syndrome may be related to family history, iron deficiency, renal failure, and neuropathy. Marla Ahlgrimm reports that as yet no single cause has been identified.

Many people mistakenly assume they have restless leg syndrome after drinking coffee or other caffeinated beverages. However, as Marla Ahlgrimm explains, RLS is much worse than simply having a burst of energy that manifests with jerky movements. Symptoms may include:

Diagnosis of RLS is made by evaluating and ruling out other conditions that may mimic its symptoms.

Sleep improves symptoms of RLS, however restful sleep is difficult while symptoms are active. Marla Ahlgrimm explains there are four types of FDA-approved medications to treat RLS. These include dopaminergic agents, sedatives, alpha-2-delta ligands, and pain relievers. Vitamin supplements that contain potassium, iron, and magnesium, as well as exercise may help relieve symptoms. Vibration therapy has shown promise in a limited number of patients.
Restless leg syndrome, while not specifically a disability, does necessitate sufferers to make accommodations in their daily lives. It is a largely misunderstood condition that researchers hope to shed light on in the next decade.
Posted by Marla Ahlgrimm at 1:42 PM