Marla Ahlgrimm on the Body’s Need to Stay the Same 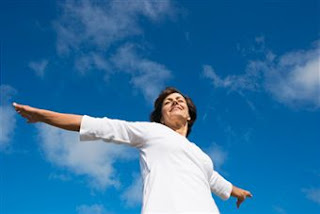 Dieting is not easy, as nearly two-thirds of Americans currently trying to shed excess weight will find out, says Marla Ahlgrimm. Overweight people are often assumed to have gotten that way as a result of overeating and under-exercising. The truth may actually be more complicated.

A battle against biology

According to Marla Ahlgrimm, losing weight is not as easy as calories in/calories out. This is especially true for those who have been overweight their entire lives. During the initial dieting phase, a person’s biology tries to resist weight loss by any means possible. As mass is lost, leptin, a hormone produced by fat cells, declines. The brain interprets this as starvation and directs the rest of the body to conserve energy. One of the first things that happens after this internal alarm is triggered is a sudden drop in metabolism.

Marla Ahlgrimm notes that the body soon begins to release additional hormones to stimulate hunger. The body essentially fights weight loss by attacking with a lower metabolism and an increased appetite. This is a battle many do not win. Those who lose weight often gain it back within a relatively short time period. This is because weight loss diets are not usually sustainable in the long term and once the dieter begins to eat normally, his or her body holds on to as many calories as possible.

While the body inherently lowers metabolism during the weight loss process, Marla Ahlgrimm explains that it can be “jumpstarted” with exercise. One hour of moderate physical activity per day, such as walking, jogging, or dancing, can help the body burn around 450 calories and will stimulate the metabolism. Most obesity experts agree that one hour of exercise is the minimum amount needed every day to maintain or lose weight. Marla Ahlgrimm additionally recommends a diet high in fiber and low in fat and sugar to aid in weight loss endeavors.