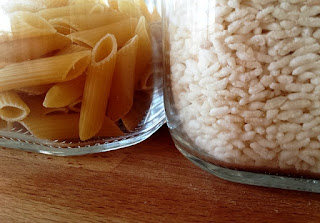 If you have ever wondered why you can’t seem to put the candy and chips away just before your period, read on for information provided by Marla Ahlgrimm, retired pharmacist and hormone expert.

According to Marla Ahlgrimm, females across most mammalian species, including humans, tend to experience nearly insatiable hunger in the days before their “active” period stage.  Many women crave carbohydrates and sugars with an uncharacteristic urgency. This binge eating is triggered during the premenstrual phase by the release of progesterone – the pregnancy hormone.

Ironically, another hormone associated with reproduction, estrogen, is a known appetite suppressant. Marla Ahlgrimm explains that estrogen peaks in the follicular phase of the menstrual cycle, just before ovulation. This happens about two weeks into the cycle.

Hormonal changes don’t just affect women physically, explains Marla Ahlgrimm. Women often report feeling more self-conscious about their bodies in the luteal – premenstrual – phase of their cycle, when they’re eating more and more. Since women are more prone to eating disorders than men, researchers have begun to explore the connection between the female cycle and body image.

As hormones fluctuate, it can have a significant impact mood. It is theorized that women crave chocolate for the unconscious hope it will increase dopamine and serotonin in their systems, says Marla Ahlgrimm. Dopamine and serotonin are both associated with feeling good; dopamine is a neurotransmitter that works hand-in-hand with other hormones to control the brain's pleasure centers and helps regulate emotional responses.

Is it okay to give into cravings?

Marla Ahlgrimm believes that most women should indulge responsibly if they are craving a particular food. After all, being hungry is a major distraction and can alter a person’s mood for the worst. She stresses moderation and says it’s okay to give in every once in awhile.
Posted by Marla Ahlgrimm at 9:00 AM