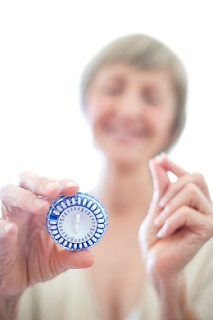 There are two primary types of oral birth control available in the US. Both are prescriptions formulated with synthetic hormones. One type, combined oral contraceptive, contains progesterone and estrogen. The second, the mini pill, contains only progestin, a synthetic progesterone used for contraceptive purposes.

Scientists know there is a link between naturally occurring sex hormones and the growth of certain types of cancers. According to Marla Ahlgrimm, it is suspected that since birth control pills contain these hormones, there may be a link between these cancers and contraceptive use. Interestingly, the risk of ovarian and endometrial cancer appear to be reduced in women who regularly use oral contraceptives. Adversely, the rates of liver, cervical, and breast cancer are higher in the same demographic.

Marla Ahlgrimm concludes by citing that oral contraceptives, along with other hormone-altering treatments, are not without risk. It is up to each individual woman and her healthcare provider to weigh the rewards against possible complications.
Posted by Marla Ahlgrimm at 9:30 AM