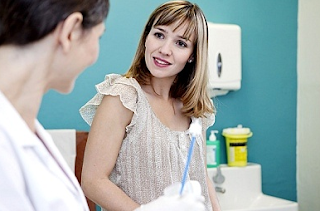 Marla Ahlgrimm spent her 40+ year-long career in medicine dedicated to women’s health. She has seen a lot changed since the 1970s and has watched science prove and disprove dozens of common health myths over the decades. Here are a few of the more persistent myths relating to women’s health.

Myth: Women can’t get pregnant naturally after the age of 35.

Myth: While fertility does decline with age, a number of studies have found that 38- and 39-year-olds were still capable of getting pregnant naturally 80% of the time within six months. However, according to Marla Ahlgrimm, the general consensus remain that the chances of conceiving after a woman’s 40th birthday drop to less than 5% each cycle.

Myth: If you have no family history of breast cancer, you are not at risk.

Reality: Marla Ahlgrimm reports that more than 80% of women diagnosed with breast cancer actually don’t have a family history of the disease.

Reality: It’s true that hot flashes are one of the telltale signs of menopause in women over the age of 45. However, as Marla Ahlgrimm explains, thyroid disorders, stress, and anxiety may also cause hot flashes. Women under the age of 40 are very unlikely to be experiencing hot flashes due to menopause.

Reality: Regularly drinking cranberry juice, which contains citric and malic acids, may help prevent infections. However, there is no evidence to prove that it makes any significant difference once symptoms have presented themselves.

Myth: Having sex in hot water will prevent pregnancy.

Reality: Sperm cannot survive for very long when exposed directly to hot water, especially that of a hot tub, which is also full of chlorine and other sperm-killing chemicals. But, Marla Ahlgrimm cautions that unprotected sex – even in water – can result in pregnancy since there is a chance the sperm will remain safely inside the female partner.
Posted by Marla Ahlgrimm at 9:00 AM