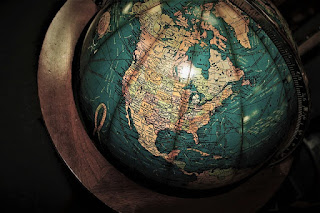 American healthcare has come under fire in recent years for exorbitant costs and lack of maternity benefits. Marla Ahlgrimm says these issues may be why the USA doesn’t make the cut on the list of top countries for women’s health. Which countries did? Read on the find out.

According to Marla Ahlgrimm, Canada has made great strides over the last several decades to protect women’s rights and has even included the issue in both its domestic and foreign policies.

The Netherlands ranked as one of the top 20 countries in the World Economic Forum’s Global Gender Gap Report for 2016. In addition a narrowing gender gap, women in the Netherlands enjoy excellent education and a significant political presence. Marla Ahlgrimm says the Netherlands is number four in women’s health as the country provides maternity benefits that include dedicated nursing care, which is largely covered by insurance.

Norway is one of the most gender-equal nations and has obviously put a great deal of effort into leveling the playing field for women. Marla Ahlgrimm cites Norway’s generous maternity leave policies for its high ranking position as one of the best countries for women. Norwegian moms have the option to enjoy 35 weeks of full pay or 45 weeks of paid maternity leave at 80% of their salary.

Denmark offers generous maternal and paternal leave policies which, Marla Ahlgrimm explains, are among the most flexible among European Union countries.

Sweden tops the list as the most female-friendly country in the world. Marla Ahlgrimm notes that the Nordic people of Sweden – both men and women – place high emphasis on offering women equal rights. Country leaders have taken notice and continually review and update policies pertaining to women’s health and welfare.
Posted by Marla Ahlgrimm at 2:00 PM