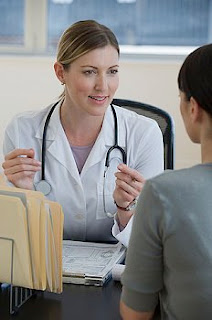 The human body contains an amazing series of cells and organs that defend against foreign invaders, including germs and bacteria. But, according to Marla Ahlgrimm, the immune system isn’t always reliable. Here, the retired pharmacist and women’s health entrepreneur answers questions about autoimmune disorders, which affect women more than men.

Q: What are autoimmune diseases?

Marla Ahlgrimm: There are more than 80 types of condition considered autoimmune diseases. These happen when the body can no longer make the distinction between normal germs and bacteria and those that cause disease.


Q: Why are autoimmune diseases so widespread?

Marla Ahlgrimm: Autoimmune diseases, in various forms, affect more than 23.5 million men and women in the United States. They are considered the number one cause of disability and death. Fortunately, many of the worst are quite rare while others, including Hashimoto’s disease, affect a significant chunk of the population.


Q: Who is at risk of autoimmune disorders?

Marla Ahlgrimm: There is no demographic that is safe from being born with or developing an autoimmune disease. However, those at greater risk include women between the ages of 18 and 35, those with a family history of autoimmune disorders, people who are chronically exposed to chemical solvents, have multiple bacterial infections, and exposed to excess sunlight. Certain races are more prone to different types of autoimmune disorder. African-Americans, for instance, are more at risk of lupus while Caucasians are diagnosed with type I diabetes at a substantially higher rate than non-Caucasians.

Marla Ahlgrimm: Perhaps the most common is celiac disease. This is a condition where a person’s digestive system cannot tolerate gluten, which is commonly found in wheat-based products. Type I diabetes, Graves’ disease, and hemolytic anemia are also common.

Q: How can a woman find out if she suffers with an autoimmune disorder?

Marla Ahlgrimm: It starts with keeping a journal of recurrent symptoms and making your doctor aware of your family’s health history for at least three generations back. Always ask for a second or third opinion if you are uncomfortable with your doctor’s initial diagnosis.
Posted by Marla Ahlgrimm at 3:00 PM