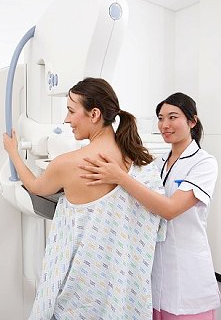 Despite advanced technology, or perhaps because of it, there are a few things that can trigger a false positive on a mammogram. Marla Ahlgrimm explains in this brief post.

According to Marla Ahlgrimm, the process of the modern mammography has saved countless women from succumbing to breast cancer. However, the more sensitive testing equipment becomes, the more it picks up on non-cancerous malformations hiding beneath the tissue. The most common are cysts, dense tissue, benign tumors, and calcium deposits. However, misdiagnosis may also be triggered by outside influences.

Breast implants, reports Marla Ahlgrimm, can make it difficult for the machine to read the entire breast during an imaging session. Silicone and saline fillers increase breast tissue density and can result in further testing. Women who have had a breast augmentation procedure should specifically seek a mammogram clinic specializing in women with implants.

While it’s not surprising that breast implants may affect mammogram results, tattoo ink can trick radiologists into believing that a woman’s lymphatic system is wrought with cancer. Marla Ahlgrimm notes that this surprising form of mimicry is caused when tattoo ink spreads throughout the body. Even in minute quantities it can be picked up by sensitive imaging equipment.

Tattoos and breast implants are extreme forms of body modification that not everyone will have to worry about. However, most women, in the spirit of good hygiene, tend to wear deodorant and/or antiperspirant on a daily basis. For reasons that are little understood, some deodorants contain chemicals that may read as a white spots on a mammogram, which will ultimately lead to retesting. Marla Ahlgrimm suggests scheduling mammograms for first thing in the morning and forgoing deodorant until afterwards.

Despite an unfortunately high number of false positive readings, women beyond menopause should discuss having a mammogram with their doctor.
Posted by Marla Ahlgrimm at 10:47 AM