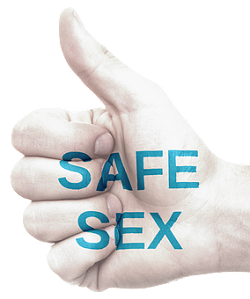 Although nearly half of the 20 million STD cases diagnosed each year are among people ages 15 to 24, Marla Ahlgrimm says it’s never too late to learn about sexually transmitted viruses. All women who are sexually active should have at least a fundamental understanding of issues they might encounter. Here are a few of the most common STDs.
HPV
By far the most common virus transmitted between people. According to Marla Ahlgrimm, HPV is the virus that causes genital warts. However, it does not always show signs, and the vast majority of people spread it without ever knowing they have it.
Herpes
You’ve probably heard of herpes, but do you know what it does? Marla Ahlgrimm explains that herpes is responsible for common cold sores and fever blisters. The sexually-transmitted variant can also cause genital blistering. Alarmingly, herpes can have a significant negative impact on a developing fetus, particularly if a woman becomes infected within the first 12 weeks of pregnancy.
Syphilis
Unlike herpes and HPV, syphilis is a bacteria and not a virus. It is spread through contact with sores and cankers. Mild cases of syphilis may resolve on their own, and they are likely only noticeable as a painless sore near the mouth, penis, or vagina. Marla Ahlgrimm explains that late stage syphilis can damage the vital organs as well as the bones and joints.
Trichomoniasis Probably one of the most common STDs you’ve never heard of, trichomoniasis can cause burning, redness, and itching in the vaginal area. Marla Ahlgrimm notes that trichomoniasis is also accompanied by an unusual smelling discharge and, untreated, may trigger preterm labor.
Marla Ahlgrimm says that women can keep themselves safe from sexually-transmitted diseases by practicing proper sexual hygiene. She notes that using protection, maintaining a single partner, and abstaining from intercourse with those who have a known infection are the three most effective means of preventing an STD.
Posted by Marla Ahlgrimm at 11:25 PM