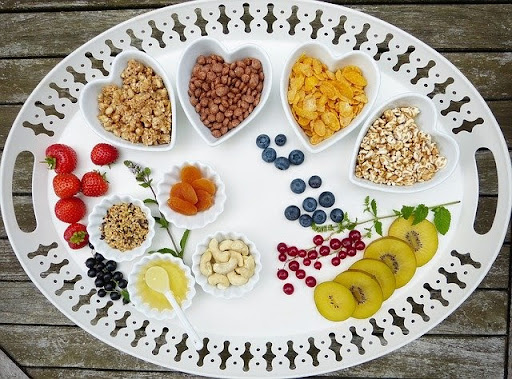 Diets are hard, which is a fact of life known to just about all women. But, according to Marla Ahlgrimm, diets are not the way to lose weight or take control of your health. Instead, she recommends eating according to a heart-healthy plan, which is much easier to handle than a restrictive diet.
One eating plan to follow is known as the DASH diet. According to Marla Ahlgrimm, it is extremely flexible and simply requires followers to meet daily and weekly goals for their nutrition. Loose rules of the dash eating plan include:
Marla Ahlgrimm explains that people on the DASH diet should also try and limit their legume intake to no more than five each week and their sodium to 1500 mg per day.
There are many benefits of the DASH “diet.” Marla Ahlgrimm explains that, when compared to the typical American diet, people eating this way tend to have smaller waistlines, healthier hearts, and a lower risk of obesity in cardiovascular disease.

Like most daily eating plans, Marla Ahlgrimm explains that the DASH diet limits the number of calories that should be consumed for optimal health. For active women between the ages of 19 and 30, she suggests no more than 2400 cal. Sedentary seniors should eat no more than 1600 cal worth of food. Men’s calorie intake is about 400 to 600 cal more than women, regardless of activity level.
Ultimately, Marla Ahlgrimm says that being sensible is the key. While there’s nothing wrong with indulging during the holidays or on special occasions, sticking to whole foods, including organic vegetables and lean proteins, and staying active is the best way to keep your body healthy.
Posted by Marla Ahlgrimm at 9:51 PM